In this post i will be talking about Android Architecture.

Below is the Android’s architecture diagram. 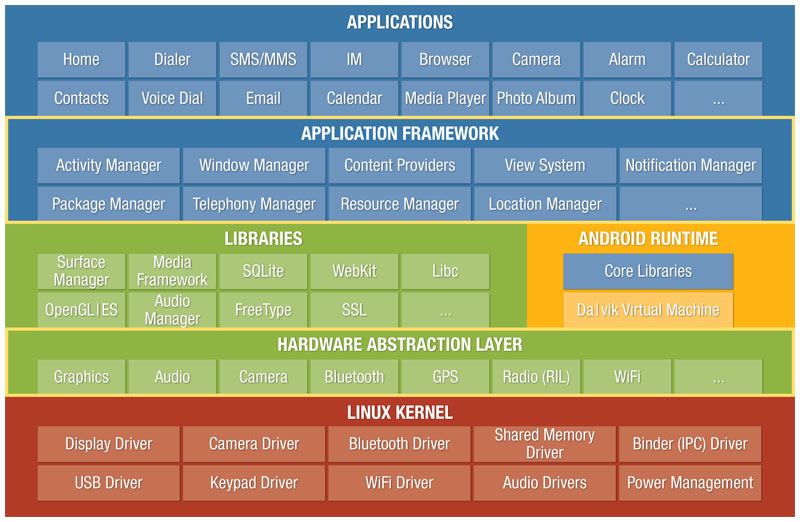 You might be familiar with some of the components in the above picture. Let’s Start

Last part of the architecture i.e Android Applications will be described in the next post as those are worth giving another mention.

That’s All For Today! Feel free to comment about any issues you are facing